Here is another story about one of our recent Pilot.dog dog rescue flights where we flew two rescue dogs north so they could be adopted into their new forever homes. 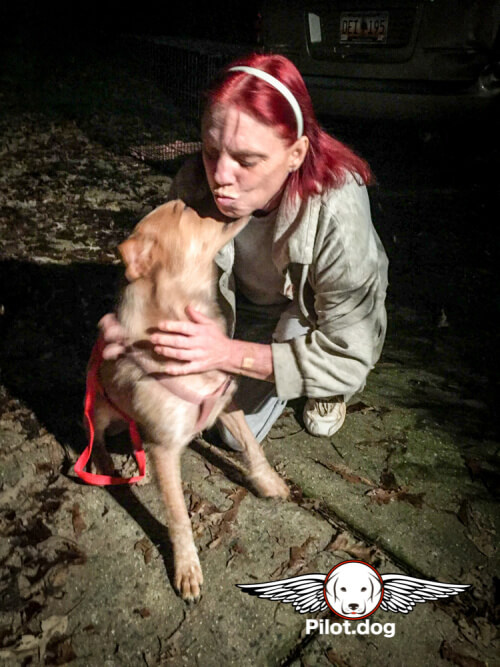 Becky Weddle, the rescue of Remington and Diamond. 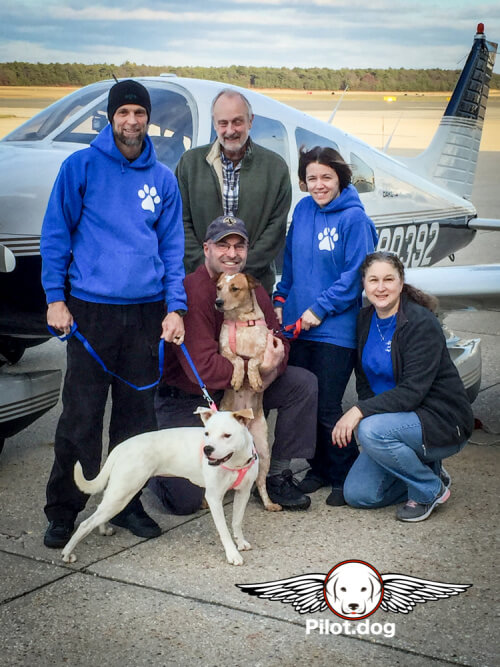 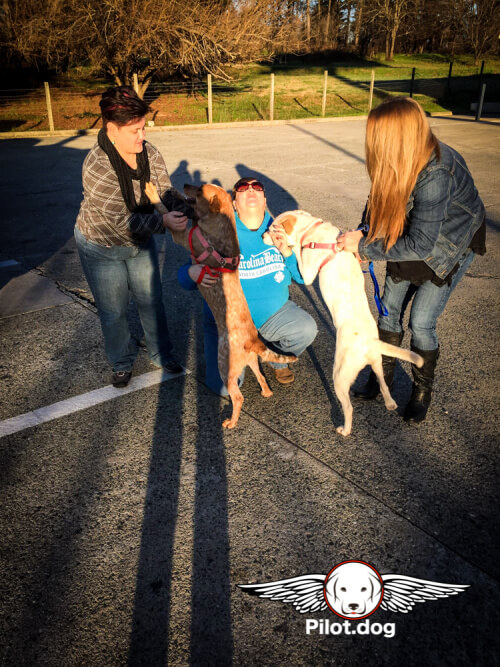 Sarah is the one to the far left in the parking lot photo. Her boyfriend and ride along partner Peter Rogers took the photo and helped mind the dogs while she drove. It was his very first experience with rescue transport and volunteering. She hopes to include him on future rides too! 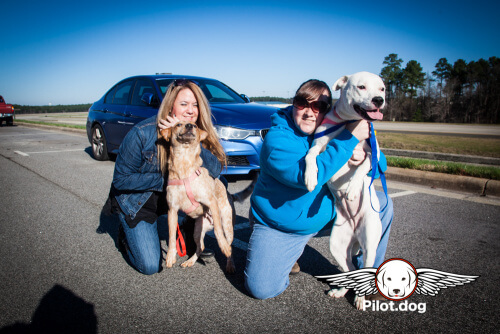 Angela (right) and her friend Ann (left) deliver Remington and Diamond to us at the Raleigh airport. 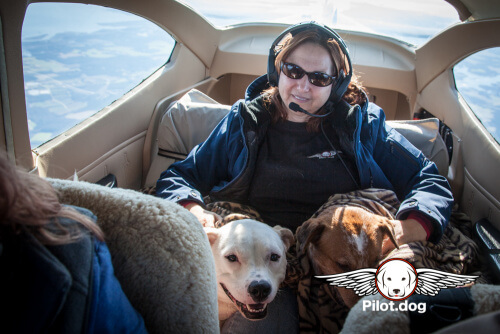 Teresa Jones, our inflight volunteer for this flight. 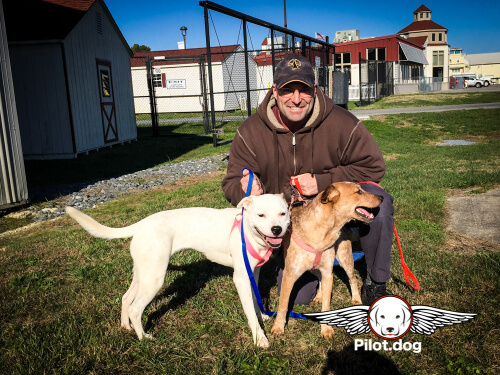 Diamond and Remi were rescued by Becky who is known locally as the “Dog Woman.” Friends will bring dogs to her instead of taking them to a shelter. The dogs had a better chance of being given to a good home. Becky just can’t say no to a dog.

Becky lives near the Charlotte, North Carolina airport with her father and about 20 dogs. To assist Becky with finding new homes for all the dogs, Debbie from Almost Home Rescue is trying to help Becky with adoption of the dogs.

Linda contacted Pam back in December to see if we could help out with the flight. Originally we thought our part of the overall flight was from Rocky Mount, North Carolina (which is near us) to Georgetown, Delaware where we would meet another pilot who would them take the dogs to Debbie in Islip, New York.

However, just a day or so before the flight, Linda found out that it wasn’t Rocky Mount that the dogs were coming from but Charlotte, North Carolina. We thought we had a volunteer pilot for the flight from Charlotte to Raleigh where we would meet the dogs. But at the last minute the pilot was not able to make the trip.

So for the first time we turned to Doobert.com to find volunteer ground transporters. Sarah and Angela came to the rescue.

We don’t know what would have happened if they hadn’t offered to help. Within an hour of the request being put up on Doobert, Sarah volunteered to take two legs and within the next hour Angela offered to finish the trip. It was incredible.

We got to the airport early with our inflight volunteer, Theresa, so we could get everything prepared before the dogs got there.

Angela and her friend Ann brought the dogs right on time and everyone got acquainted with one another. The dogs had a lot of energy so we tried to walk some of it off of them before we loaded them into the plane.

Remington was a little afraid when she got in the plane but Diamond jumped right in before we were ready for her. She was eager to go. Theresa sat in the back with the dogs and they cuddled right up to her. So right at 11:00 we set off for Delaware. Right on time.

The dogs were awesome passengers. Theresa was in the middle and had a dog on each side. We had their blankets and she put them around each of the dogs and they settled right down and fell asleep on her lap. If they started to move around Theresa just comforted them and they calmed right down.

At 12:55 PM we landed in Delaware and Jeff was already there waiting for us. We walked the dogs and they got off some more energy and then we helped Jeff load the dogs into his plane, a Piper Dakota. This time both dogs jumped in the backseat and were ready to go. What great passengers they were.

Jeff took off for New York and we went inside the airport to have lunch at Arena’s. It was a great day, a little cold but sunny!!!

We found out when the dogs arrived in New York they were renamed after Jeff’s plane. They became Piper and Dakota.

After another couple of hours in the plane we were back in Raleigh. A teamwork job well done.

To see loads of photos from this mission, click here.