Leroy is a Brown/Black, Pit Mix weighing around 71 pounds. A woman in Wilson, NC came home to find Leroy in her backyard playing with her little dog. Evidently he jumped the fence and decided to stay. She contacted the shelter to see if someone was looking for him but no one ever did.

So in comes the Wilson County Humane Society (WCHS) and rescues Leroy who is a big sweet boy! Kristen and Kim who run WCHS, rescues the most amazing dogs. (Steve and I have decided when we get another dog we’re going to go to them.) We’ve flown several of their dogs to LaMancha Animal Rescue in PA and everyone loves their dogs.) Kim asked us if we were available to fly Leroy to LaMancha for them so that he could be adopted. So that’s just what we did on Thursday, March 9th. 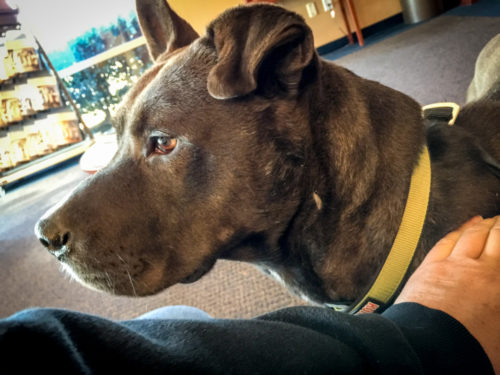 This was a shorter flight for us and we decided to just have Steve and I fly him up here. We were met by a wonderful volunteer, Pam who brought Leroy from Wilson to TACAir at Raleigh International Airport (RDU). It was a beautiful day to fly, sunny and warm in Raleigh but we might run into a little wind up in the Philadelphia, PA area. 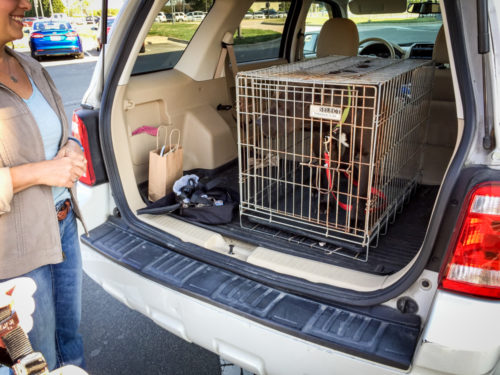 The first thing Leroy did was give me a kiss. He was a real sweetheart, but strong as an ox!! Steve took Leroy into TACAir and the first thing he did was put his paws up on a table to look. Everyone thought that was so cute. The table backed up to a couch and the next thing Steve knew he was being dragged by Leroy’s across the table and over the couch as Leroy decided to hop over everything! Steve decided the safest thing to do was plan himself on the couch and Leroy became fixated on CNN on the television. 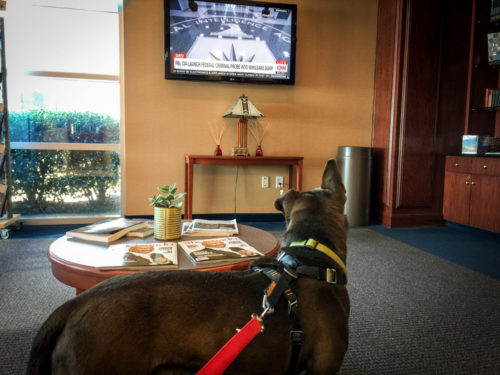 So as soon as I came back into the lounge area, Steve gives me Leroy. As soon as Leroy and I step outside I’m being dragged across the tarmac as Leroy bolts for the plane and Steve. Leroy runs to Steve as if to say, “let’s go, I’m ready!” I’m sure everyone had a good laugh at our expense.

Leroy jumped up into the plane and was ready for his big flight. What a great passenger! As soon as we took off Leroy settled down and went to sleep. He’d wake up occasionally put his head on my lap or just to see if we were still there and went back to sleep. 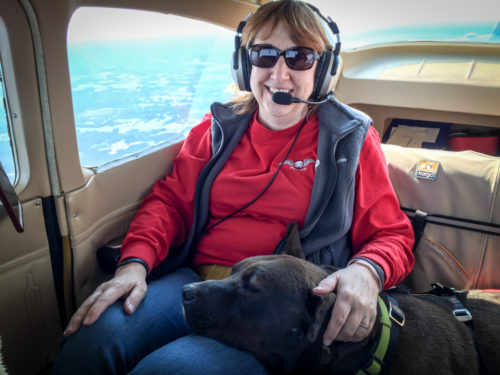 The flight was good and a little more bumpy than we expected from the Potomac River on up to Philly but it didn’t bother Leroy at all, he slept through the entire thing. When we landed in Coatesville, PA, Leroy stretched, looked out the window and looked as if to say, we’re here? Such a chill boy. He’ll make an amazing addition to any family. 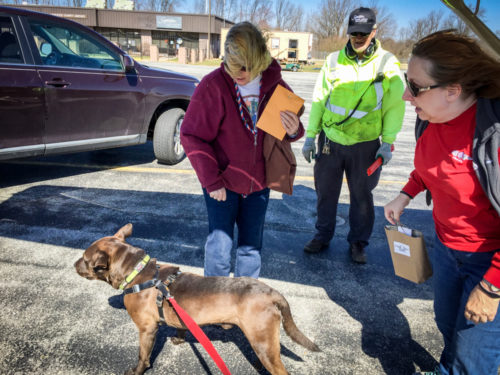 Ginny a volunteer at Lamancha met us at the plane to take Leroy. Every volunteer we’ve ever met for LaMancha is so wonderful and they have such high regards for LaMancha.
Even one of the ladies at Signatures desk inside the airport volunteers there. She got her horse from Lamancha and boards it there. Lamancha rescues all types of animals. It’s a big farm with a big heart for the animal kingdom.

Leroy popped on up into Ginny’s car and away they went. 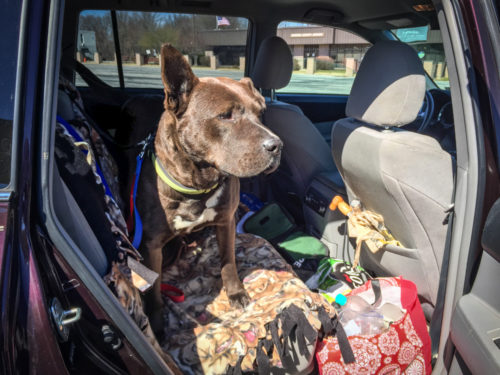 Steve and I went inside Signature Flight Support and out popped our friend Ray from his class. They have the best line crew in Coatesville. Every time we go there half the line crew comes out to see the dogs and to see if they can help in anyway!

We love going there, the food is really good at the airport cafe. Before Steve and I could get our lunch ordered at the airport restaurant we received a text from Ginny saying that Leroy was all settled and comfortable. I pray that Leroy finds a wonderful family and lives a long and happy life.

On the way we had some time to enjoy the sights from above. There’s always something to see. 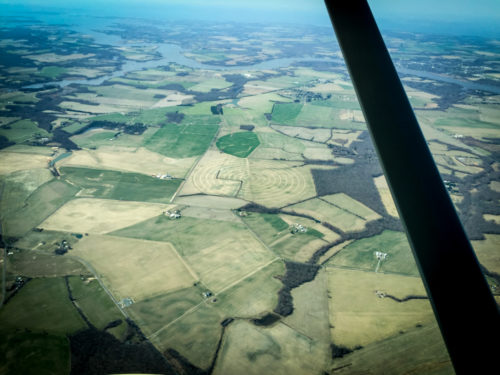 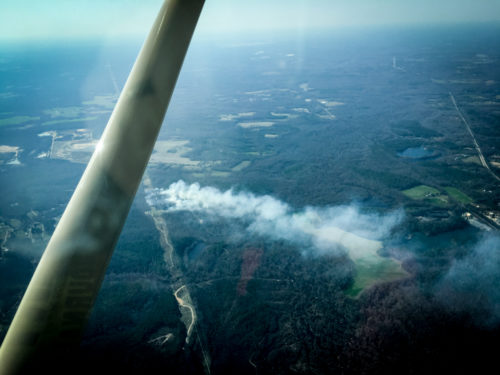