We just completed another dog rescue flight here at Pilot.dog and it was a great joy to participate in. Harlow had been found in a shelter suffering from mange and a massive flea infestation but was now headed for better days ahead.

On this flight I was joined by Justin, who is a private pilot – aircraft mechanic and Dr. Terry Morris, a veterinarian and founder of the non-profit group Vets to Vets United that helps to partner therapy dogs with military veterans.

The wonderful Jill Icard near Hickory had fostered Harlow and brought her a long way back from the sorry condition she was found in. 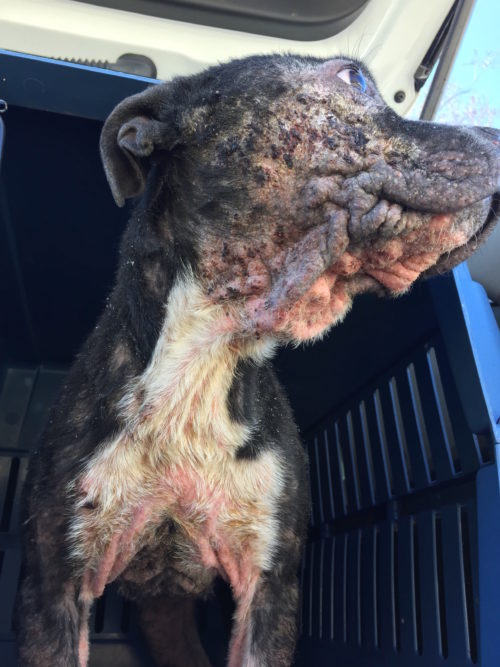 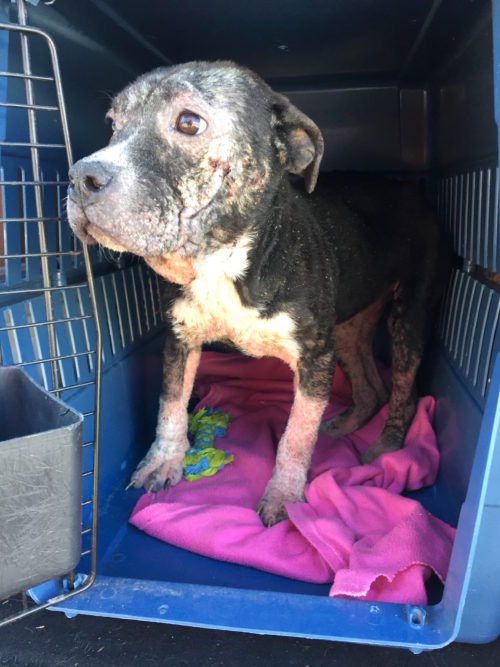 We’ve flown missions where Jill has been the foster. The last one was with Dallas and her puppies. When I hear a dog is in Jill’s care, I know things are going to be great.

Here is a before and after picture of Harlow under Jill’s care. 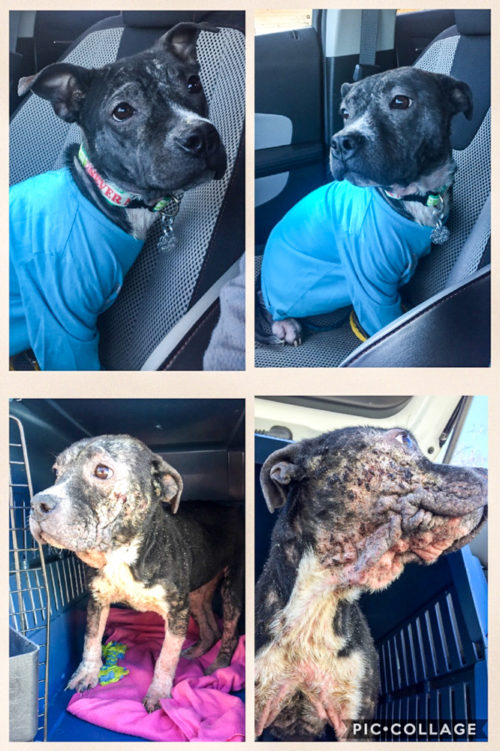 On the day of the flight we set out early from Raleigh, NC to Hickory, NC to pick up Harlow. 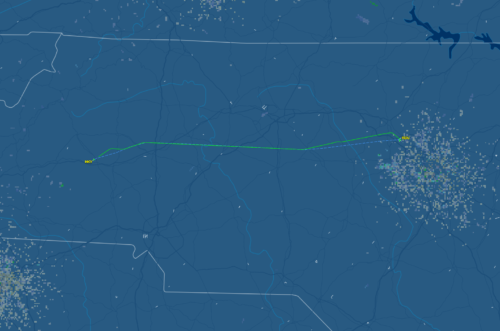 After landing at Hickory the plane developed a nasty shimmy but luckily Justin is an aircraft mechanic with the Army. While Terry went into find Harlow, Justin and I looked over the plane while it was being refueled. 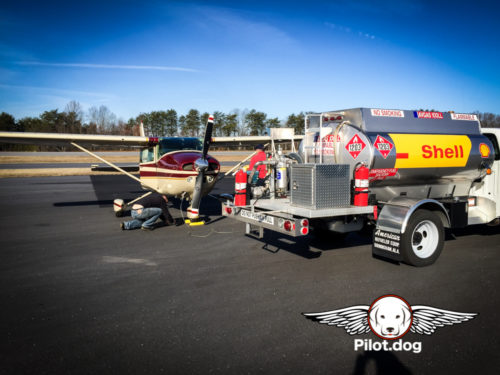 We determined the plane was safe to fly so we set off for Atlantic City, NJ where we would meet Courtney Boshart, a volunteer with Mr. Bones and Company who would help Harlow find a furever home.

The flight to Atlantic City was a long one but it gave us time to enjoy the views and spend time with Harlow. 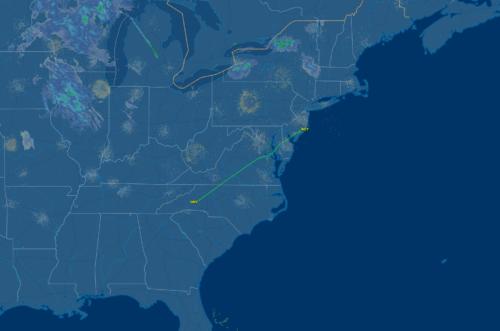 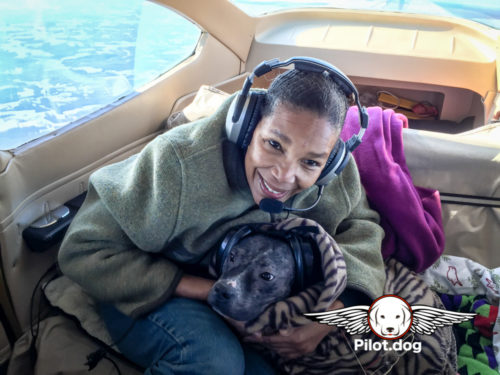 Courtney was there when we landed and she gathered up Harlow for her 2.5 hour ride back to NYC where Harlow would find her new home.

It was tough for us to say goodbye to Harlow. She really bonded with Terry. 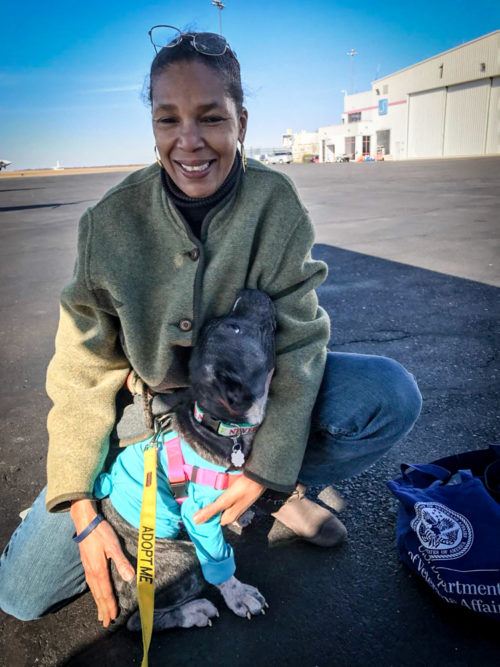 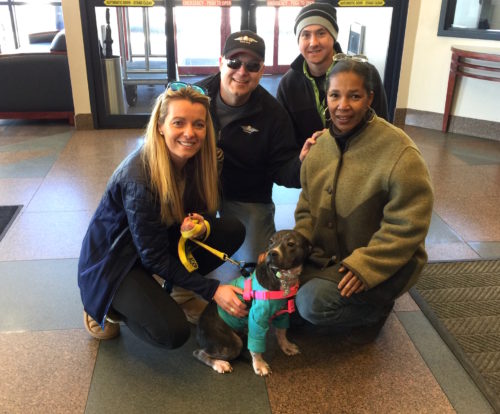 After a long flight home we landed back in Raleigh as the sun went down. We were all exhausted but it was for a worthwhile purpose. 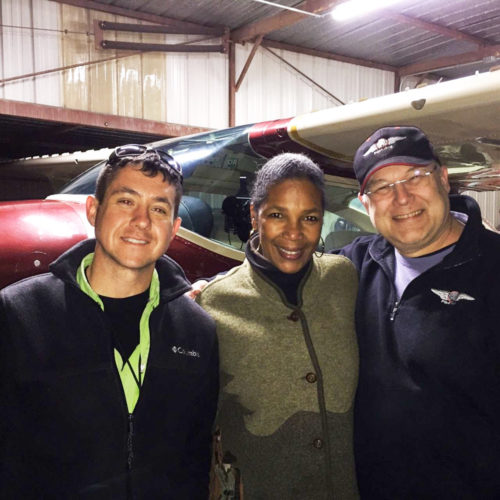 I’m happy to report Harlow is loving life with her foster in NYC and was rockin’ the wings he earned as a passenger on the flight. 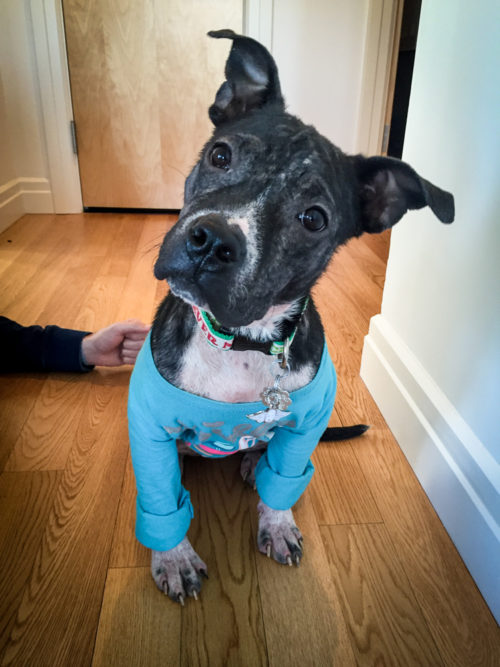