We were contacted by Marisa at the non-profit Mr. Bones & Company out of NYC for us to bring four dogs to them. You can watch the flight video below. Jill, the wonderful foster mom, was taking care of all four of them. Batman a Boxer mix had been with Jill for over 10 months. Batman and his brother Robin were found in a local shelter and Robin was adopted immediately but Batman was heartworm positive so he stayed with Jill until his treatments were finished. Jill said that he was the best dog she has ever fostered and was so sorry to see him go.

The three others were nine week old English Lab mix puppies that were found in a backyard by Jill’s aunt who does home health care. The puppies weren’t being taken care of properly since the owner wasn’t able to and agreed Jill’s aunt take them and agreed to have her dog spayed so she wouldn’t have anymore unwanted litters. The puppies were named after the movie, Ferris Bueller’s Day Off. The biggest male, all back is named Ferris. The tan male is named Cameron and the female, black and white is Sloane. 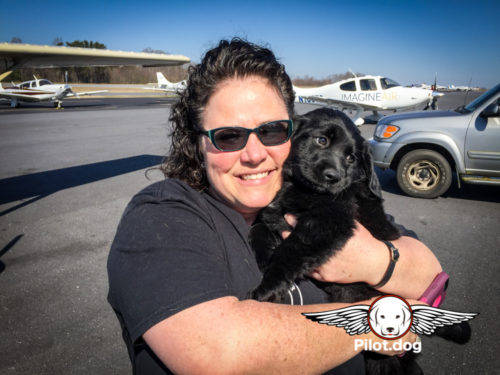 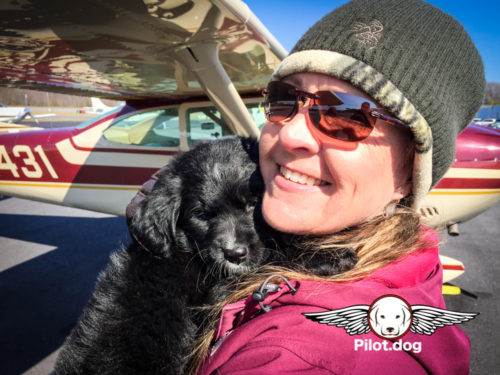 Steve, Pam and volunteer Connie Hillman of Dog Speak Cards set out on a cold Sunday morning to fly from Raleigh, NC to Hickory, NC to meet Jill and pick up the dogs. We arrived and met everyone. Jill’s dad came to help with the transfer and Batman was a hit with everyone. 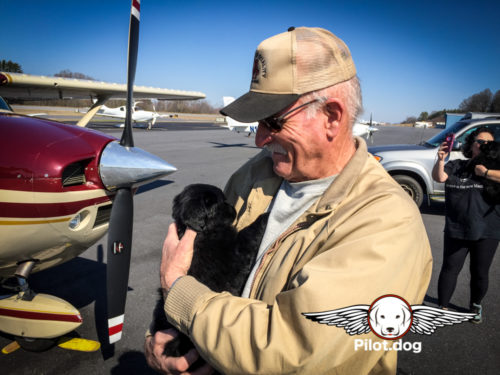 The puppies were the softest and fluffiest dogs I’ve ever seen. They were so sweet and just cuddled right up to you. We loaded up and off we went to Atlantic City, NJ, a three hour flight. Our original plan was for Batman to sit upfront with Steve and Connie and I would have the puppies in the back. That didn’t even last for take-off. Batman wanted to be back where the action was. It was pretty cramped back there and poor Batman just couldn’t get comfortable. 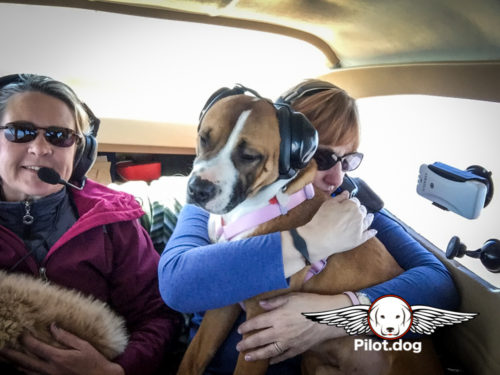 But even Steve got to enjoy some quality puppy time along the way.

He’s the first dog we’ve had that didn’t settle down and sleep for the flight. So Connie decided to sit on the floor for a while and see if Batman would settle down. In the meantime Connie and Pam would rotate the puppies while they slept. Towards the end of the flight Batman finally laid down slept for a few minutes.

But every time he woke up he’d wake the puppies up. It was a long flight and everyone, especially Batman, was glad when we landed in Atlantic City. There we met Kate the dogs ground transport to NY. She’ll meet Marisa from Mr. Bones & Co who will take the pups to their destinations.

When we landed the puppies were not allowed on the ground so we all took them into the ladies room (yes, including Steve) with a puppy pad and they ran around and went potty on the pad. We were really impressed how they ran around and when it came time to do business they went right to the puppy pad. Such sweet and fluffy puppies! Would have loved to take one home with me. We helped Kate with loading up the dogs and said our goodbyes wishing each one of them a happy and wonderful life. After going to Wawa for a quick sandwich and drink we headed back to Raleigh. It was a long flight and we were all exhausted but what a feeling it is to be a part of such an amazing journey for these dogs! Batman has been adopted by his foster parents. Ferris, Cameron and Sloane went to their own new foster families and will adopted after they have been neutered or spayed. 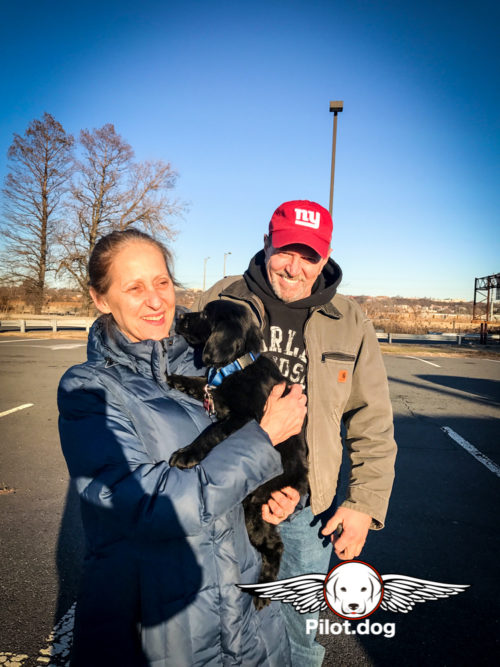 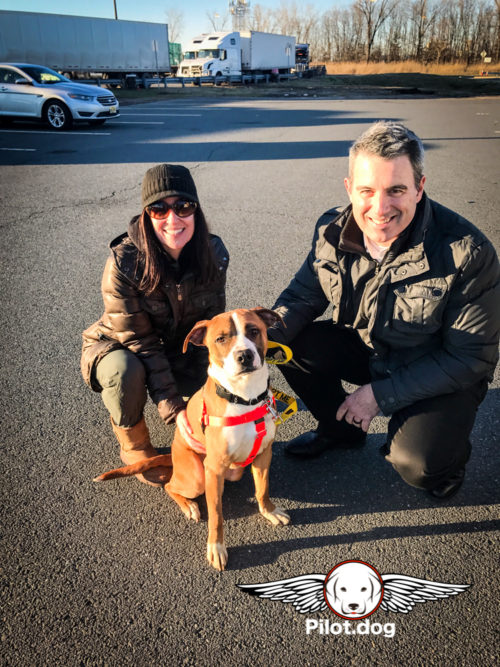 A huge thank you to Mr. Bone & Co. for allowing us to be a part of these precious dogs journeys. The original post can be found on Pilot.dog.